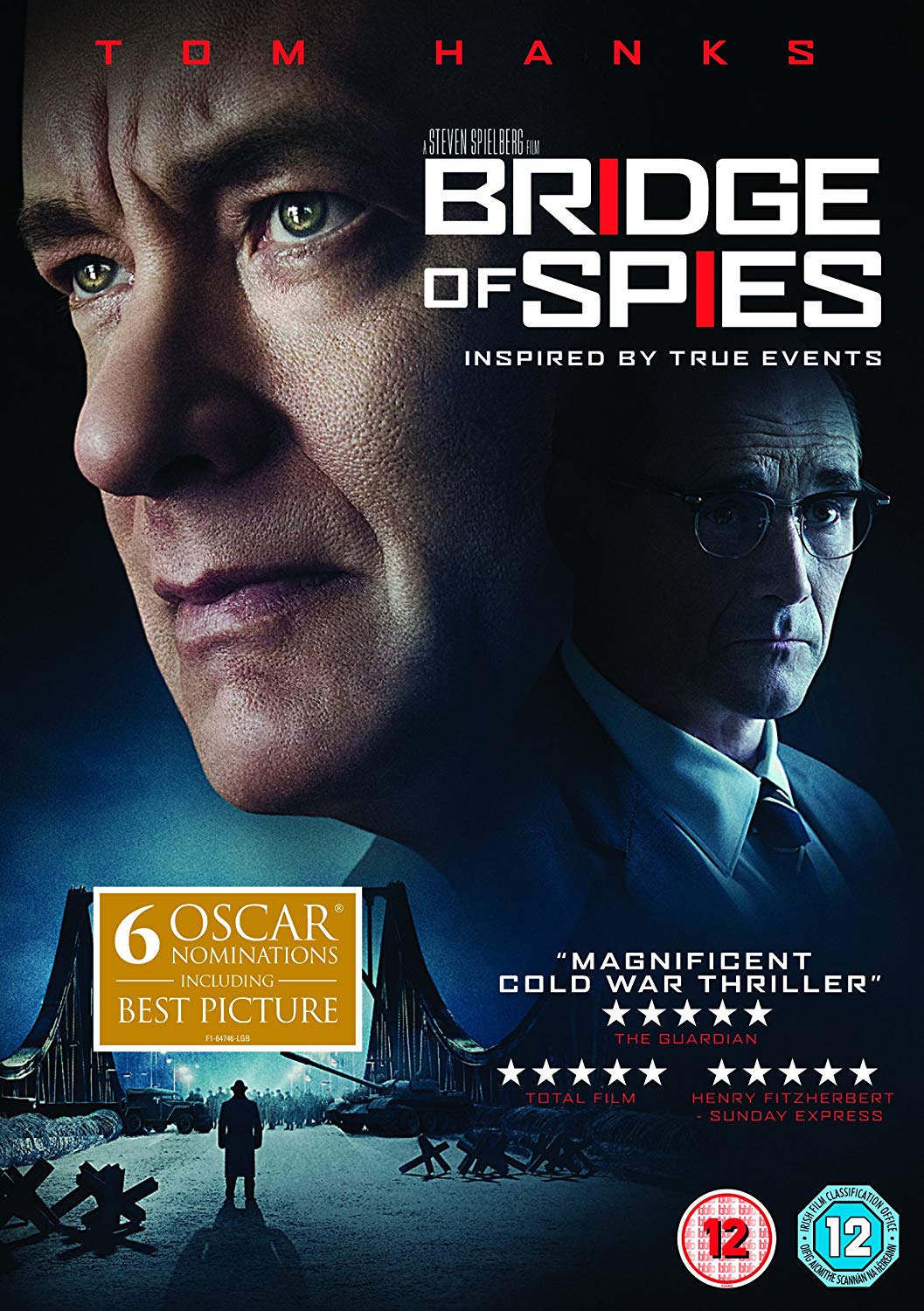 This week I have been hit by the cold and was forced to actually take Sunday as a proper day of rest. Therefore I was found on Sunday morning at about 9am watching “Bridge of Spies” , huddled on my sofa, fighting to breathe properly through my nose (yes, those are violins you are hearing).

Now I have to say I am a fan of the spy genre, Len Deighton and John le Carre being authors I love but this was a rather unknown story to me. However it was more than a spy movie, rather it was a masterclass in telling a story.

What struck me about this film was not Tom Hanks’ acting (although as the main character he was superb) or that of anyone else in the film (Alan Alda was sublime). It wasn’t the terrific locations, especially Berlin in its coldness, snow on the ground and lawlessness breaking out. Rather it was the way Stephen Spielberg can hit your emotions from the blindside.

At one point Hanks character is crossing from East berlin to West Berlin after successful negotiations and looks out of the train to see the recently built wall. So far all has been fairly pleasant in the film but at this point you see the hopeful escapees brutally shot down off the wall and it hits you hard. The shot is brought back to mind as Hanks is back in the USA having completed the mission successfully and is somewhat warmed by the response he receives on a train. But looking out the window he sees a backyard wall with kids jumping over it and you are immediately taken back to that sucker punch.

A story would not be true to itself if it didn’t show that uneasiness we all have with finished results, knowing that despite success there is more evil or unfairness left in the world. Unless it’s a child’s movie the platitude does not really sit well with us.

Having watched the film, I found myself thinking about how Spielberg sets his audience up, rolling them through those confusing sides of life, of every person, so we end up with a rounded picture of what is happening whether we like it or not. And seeing it on film only makes me want to do it on paper. In a world where characters are often one dimensional or simply purporting one side, depth of writing that can enhance our world view with all its complications can only be a good thing.

Watching this film made me remember why I love films to be begin and why I love reading. The challenge made to ourselves as viewer and reader is surely what makes it all worthwhile.