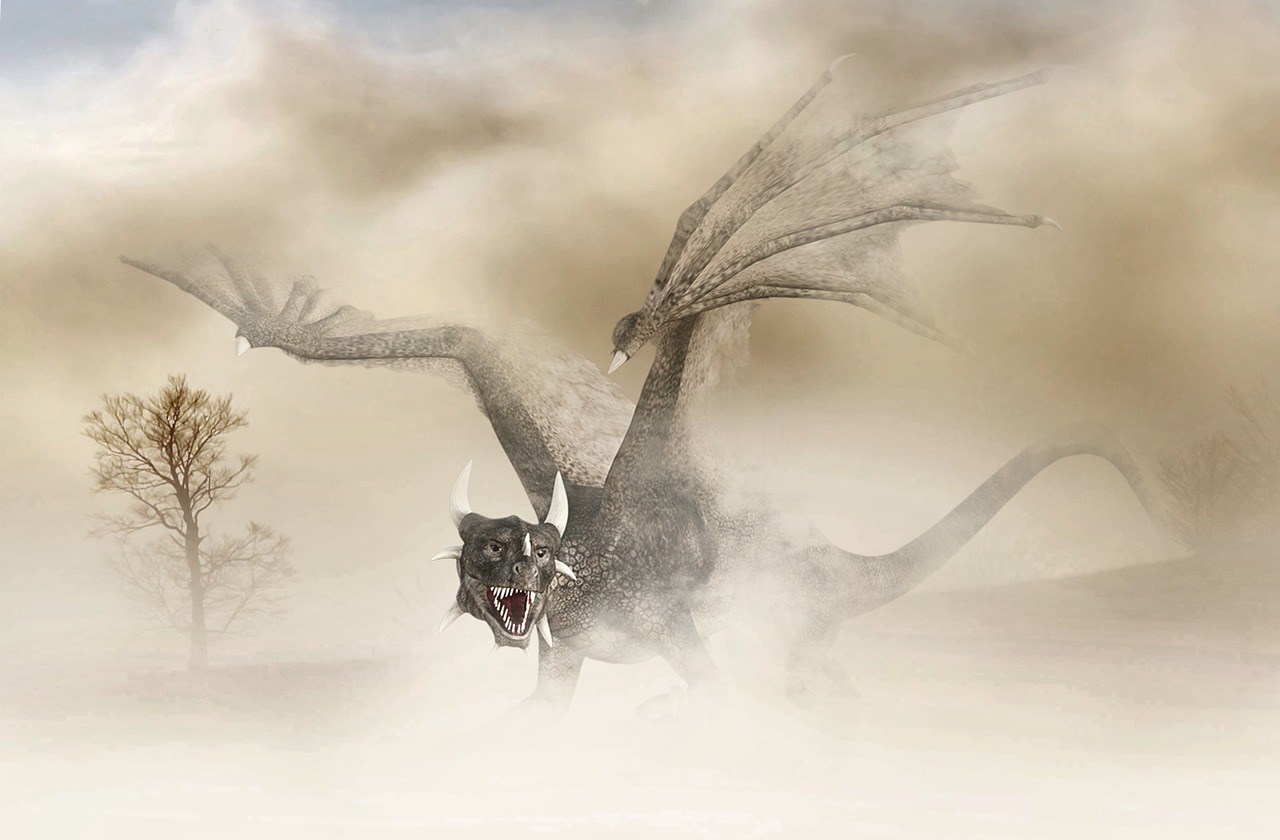 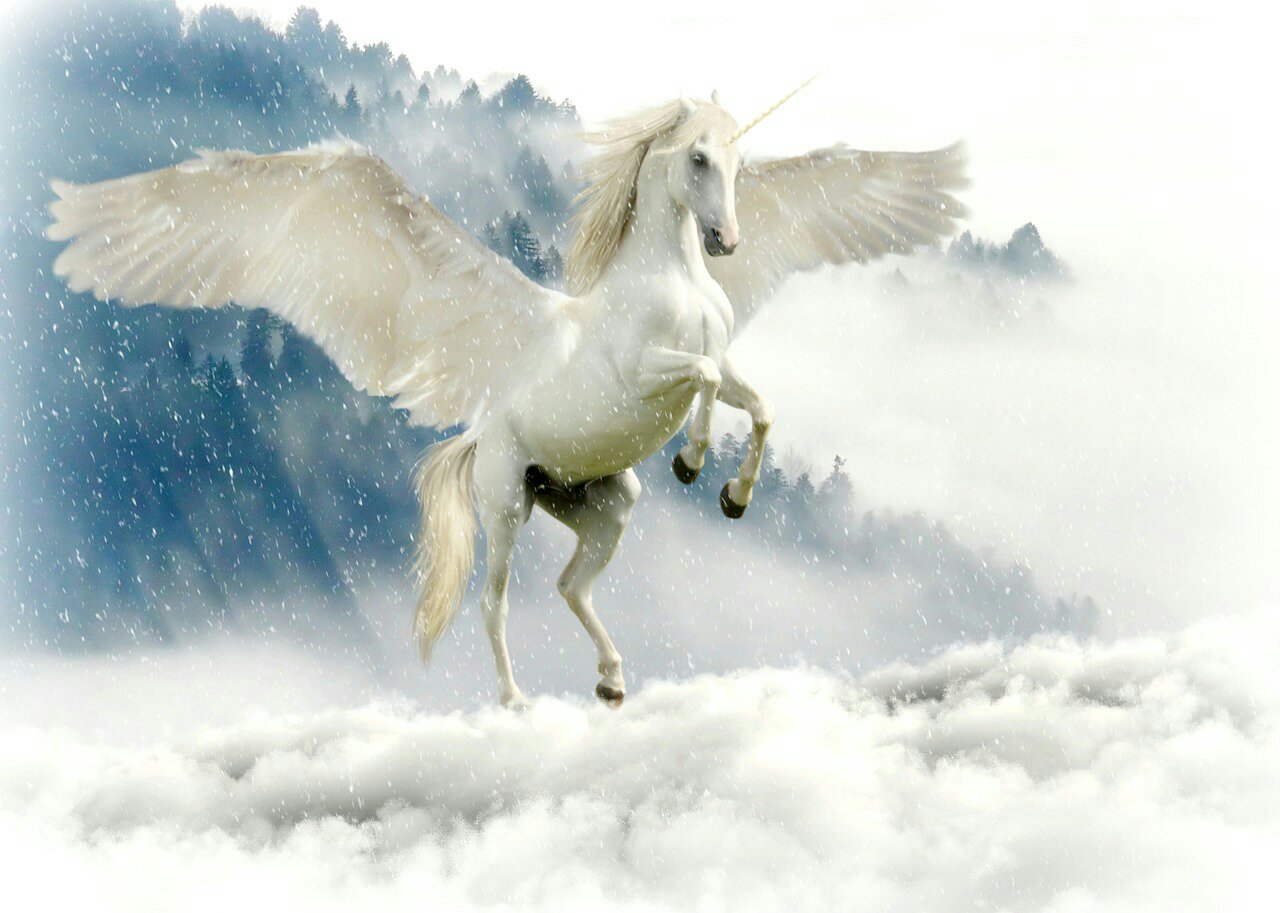 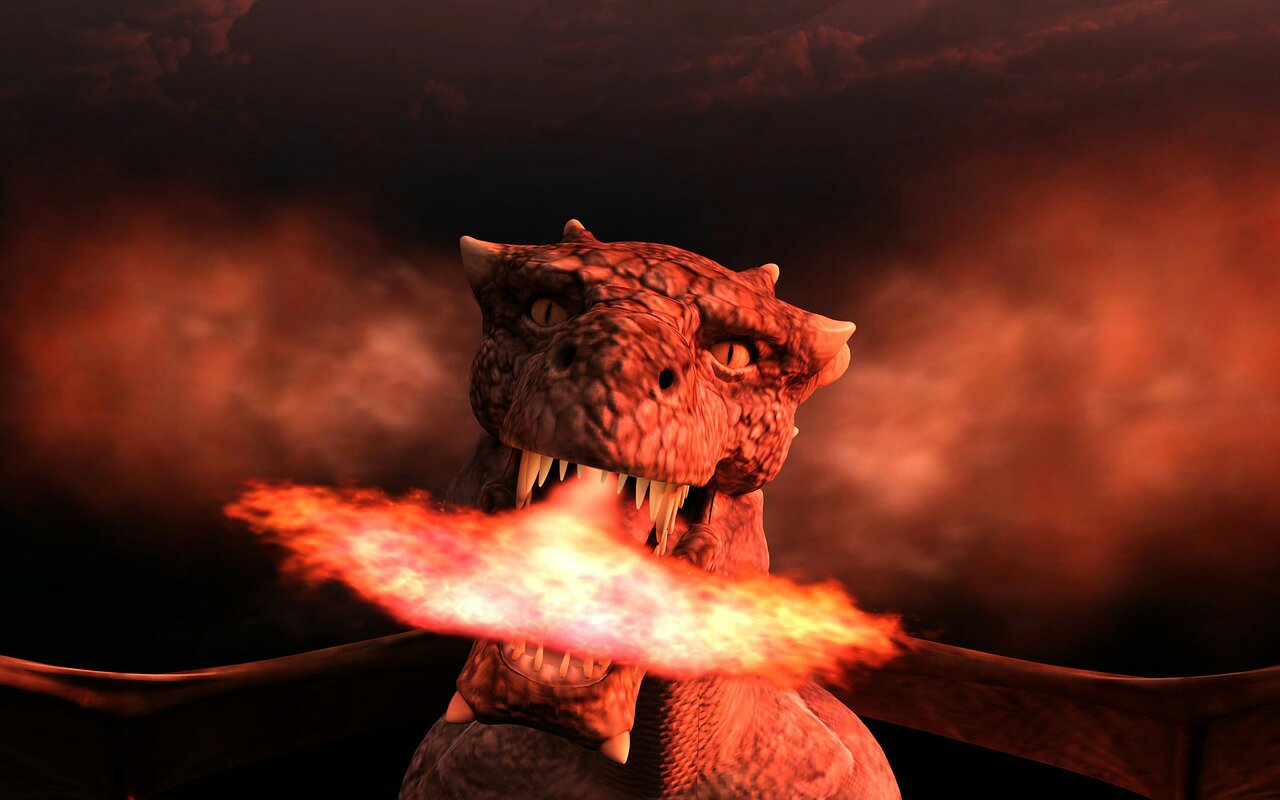 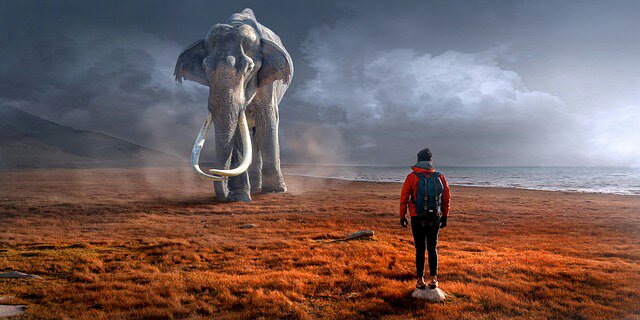 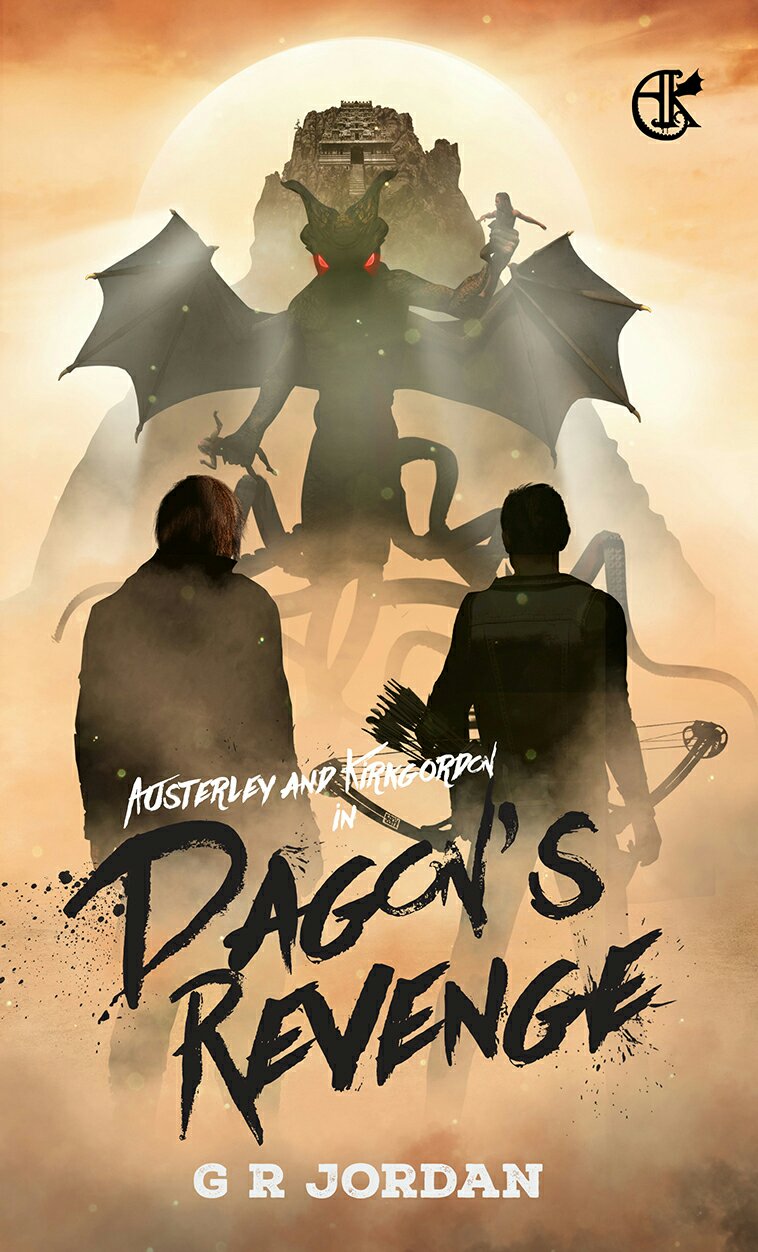 Generally the third one is the hardest to do in a sequence. Bowlers taking on the batsmen for that elusive hat-trick realise there are many more 2 wickets in a row hauls than hat-tricks. There are plenty more strikers who score twice in a game than three times. Only in golf is there more three putts than two putts.

However I think my artist Jake (Jake’s website) has managed to pull this one off. He has taken the elements of the previous covers (the shadows of our heroes, the 60s B-movie titles and the centre piece of the main enemy) and changed the colours away from the previous dark tones. Yet there still remain the promise of threat and evil.

The story this time is taking us to an unknown land and central to the story is a large temple that is seen on the cover along with our old friend Dagon. Entitled Dagon’s revenge, I feel I’m not letting any of the story slip away too freely by stating this.

If you haven’t read any of the story so far you can get a starter for free by clicking on either of the books below and joining my newsletter for further updates. You’ll receive an eBook in return and be kept up to date with new books and many offers. 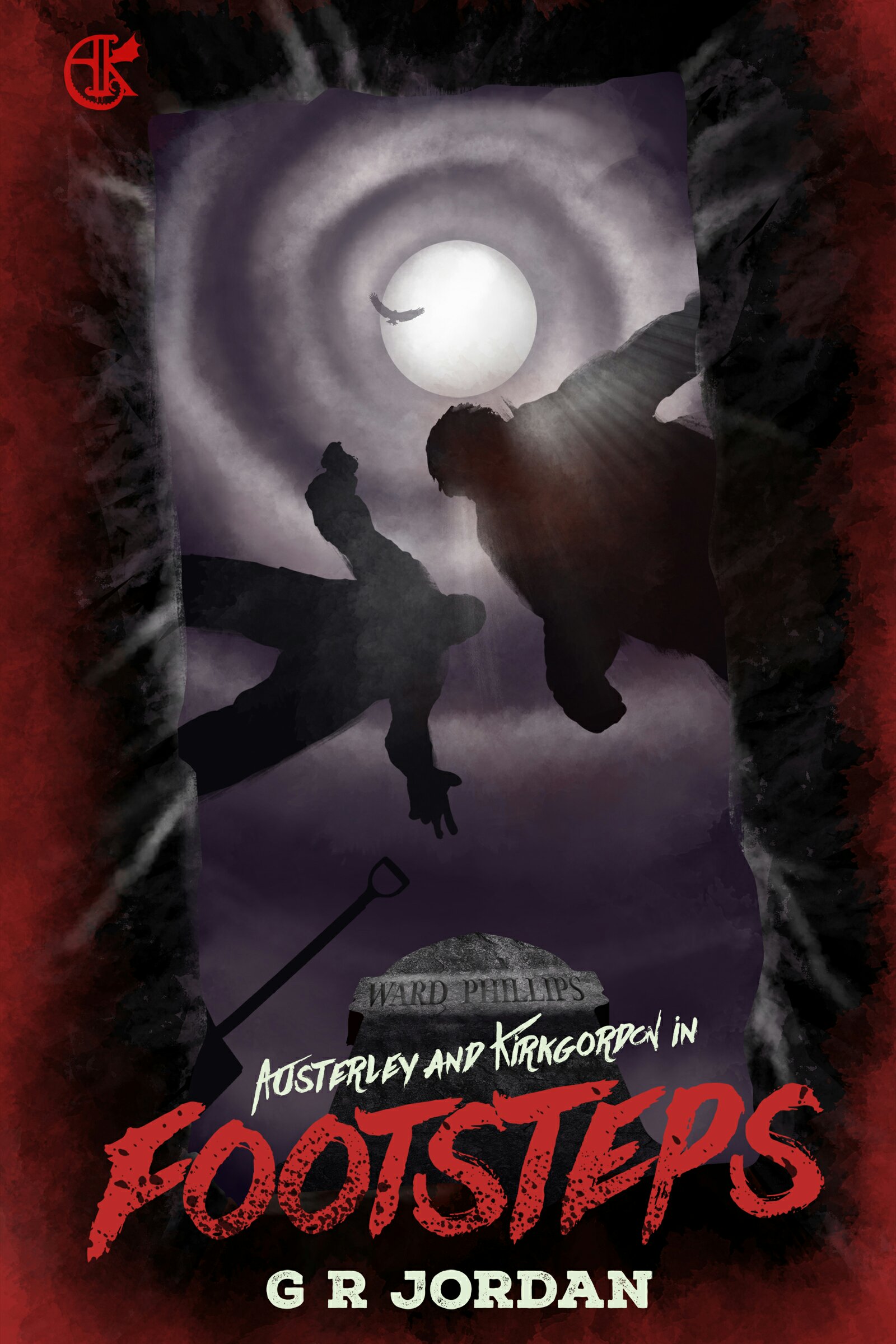 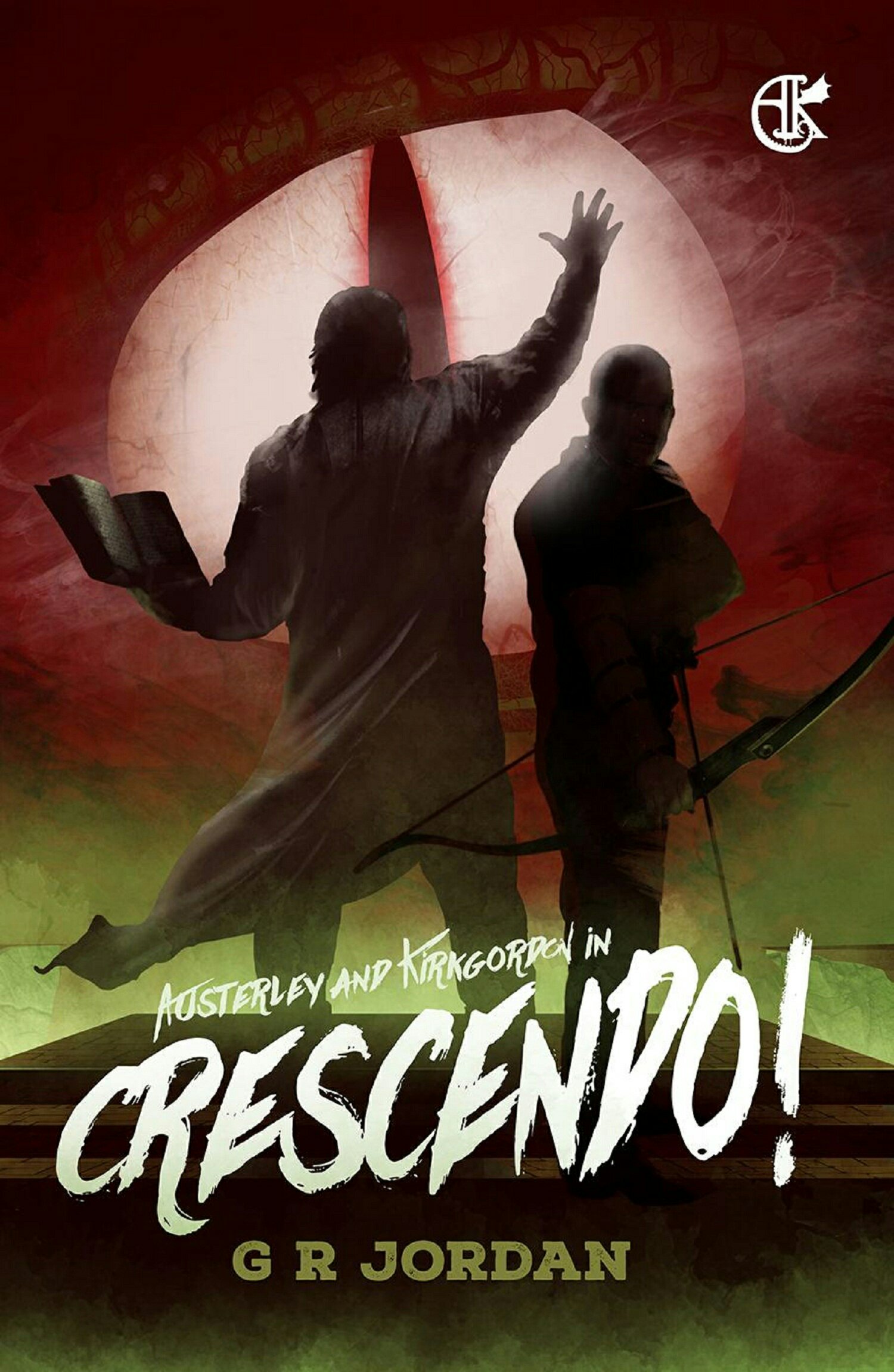 Look out for the new book Dagon’s Revenge prior to Christmas! 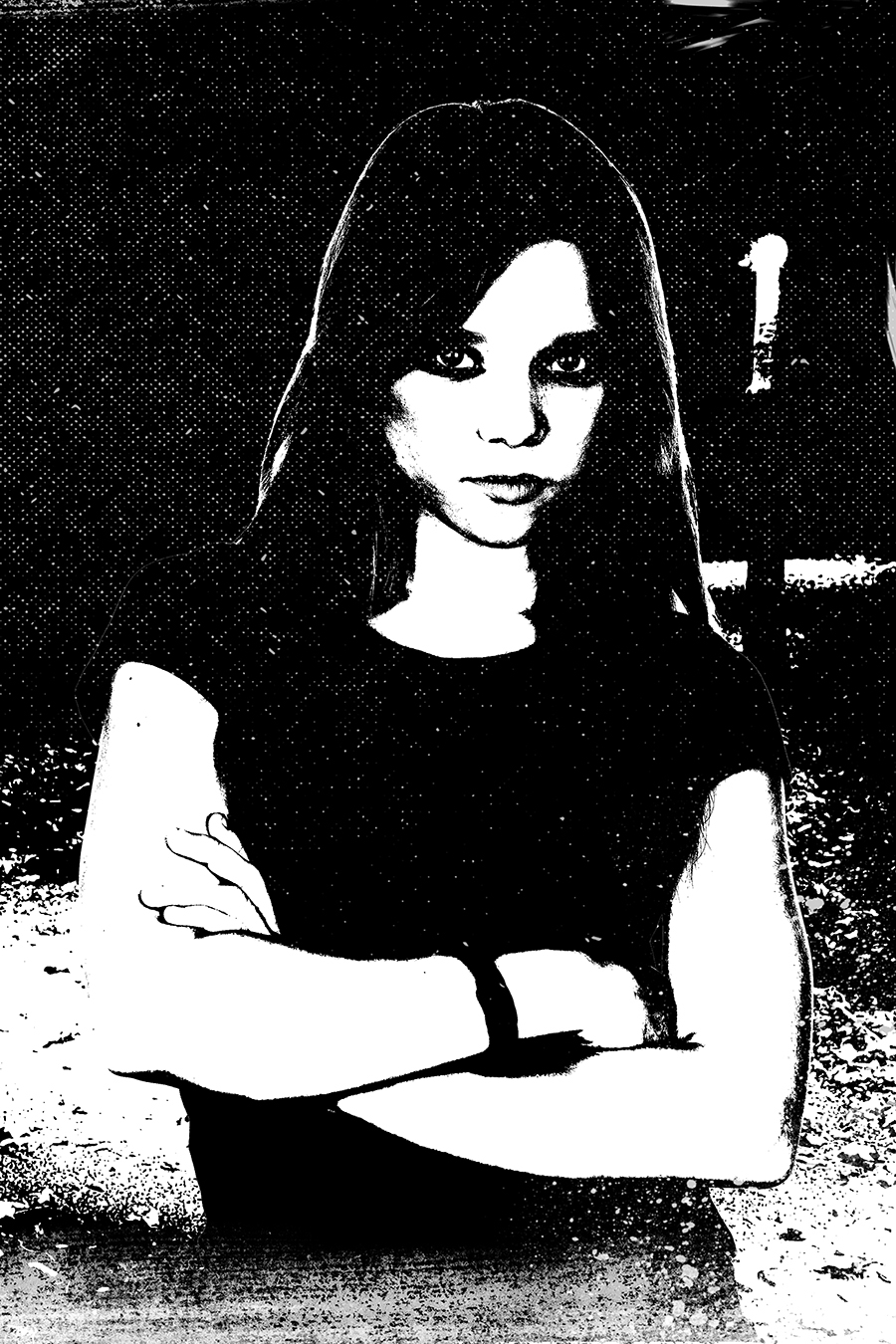 So last time I was explaining that Book 2 of Austerley and Kirkgordon’s adventures, “The Darkness at Dillingham” was with the editor for a final pass and should be available pretty soon. But what else am I doing?

I have a mermaid fantasy based around a Scottish Island at second draft stage. The concept is that mermaids arrive on the shores of the island causing many different reactions ranging from hate to joy, wonder to disgust. A media circus ensues and the normal island life is upset as greed and then rumour cause many to fear the creatures. Meanwhile, a young islander finds and then protects one of the mermaids causing some comedy moments as he involves a woman of his dreams. All in all it’s a fun romp with some serious tones.

I have also embarked on another urban fantasy series but this time with a female protagonist. Scarlett is a bored call centre clerk who gets involved with a race to explain the signifigance of a prized glass which seems to be wanted by evil hands. It’s early days but it is fun to have to see everything from the other sex’s perspective.

Also in the mix is an allegorical piece set in a fantasy land, a world war one ghost story and the tale of a Singaporean bin inspector. Yes, I know, how rock and roll!

But back to Austerley and Kirkgordon. Book 3, with a working title of “The Nether Lands” is first draft complete. And when I say working title, I do mean working title as so far none have made it onto the final cover. But also at first draft stage and rapidly advancing is a novella piece to accompany Book 2 and which will be available in the hardback edition of “The Darkness at Dillingham”. It’s entitled “Cally”, and guess what, it’s about Calandra. Providing a more detailed back story to the characters is fun and certainly “Footsteps” helped bring Austerley and Kirkgordon’s relationship in “Crescendo!” to life for me.

And as promised, here is a cover reveal and it’s for “Cally”. Personally I think this is one of the best covers my artist has compiled for me. Jake has really grabbed Cally’s persona for me and the essence of the story in one picture. So I’ll leave you with the cover and look forward to talking more next time! 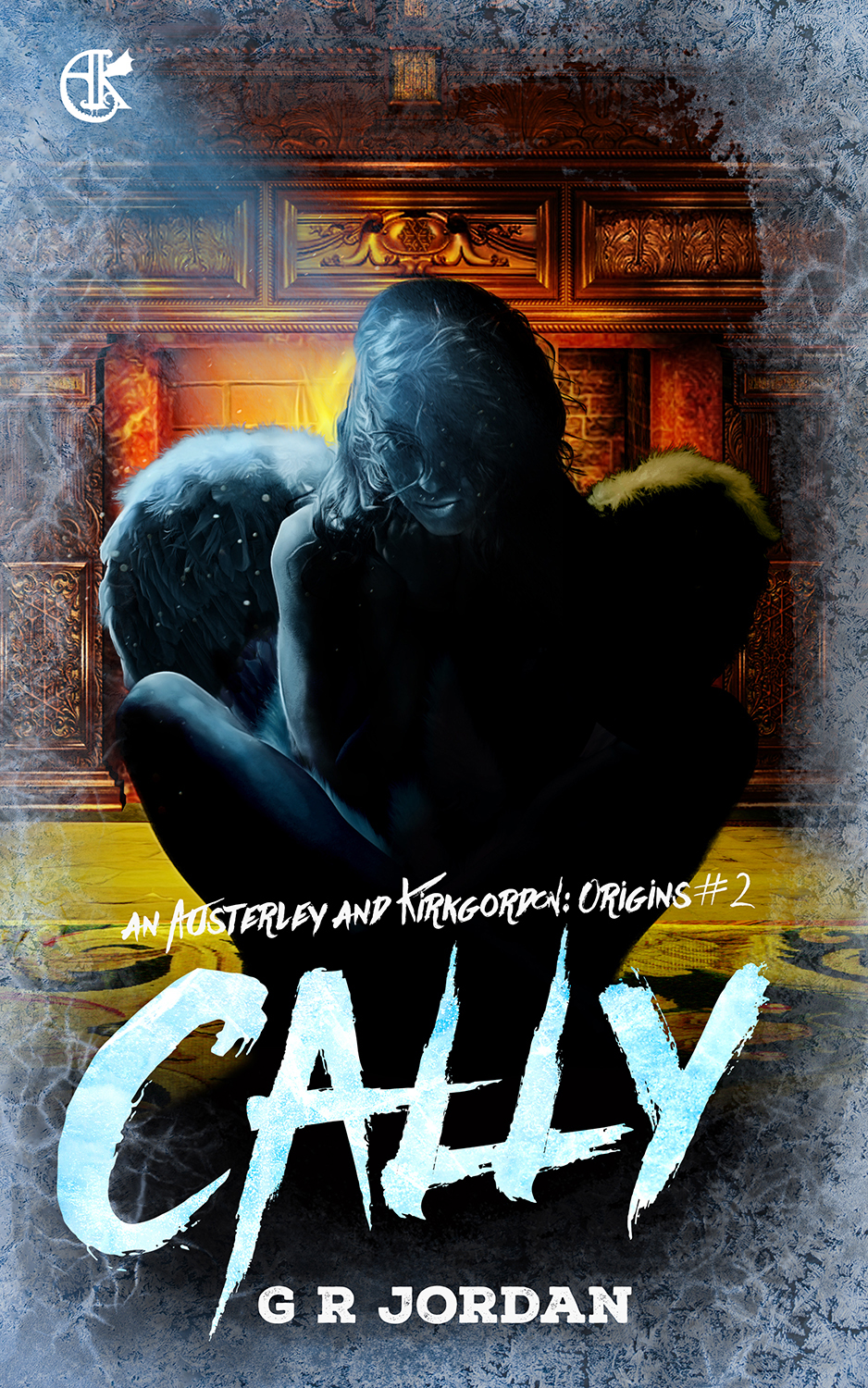 If you haven’t got into the joy and wonder that is the Austerley and Kirkgordon series then you can find the first book “Crescendo!” here in all formats. The “Cally” cover was designed by Jake Clarke and you can see more of his work here.